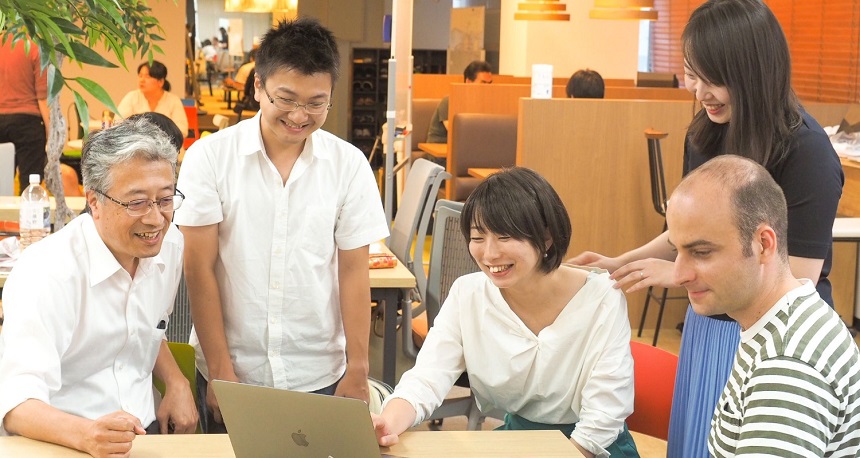 The Road to Super Flat Organization #1: Not a Goal, but a Result

ISAO at that time was a typical hierarchical, closed company.

Although the company culture was a casual one as now it is, teams were hierarchical and inflexible with a tremendous information gap, and it seemed a closed company to me.

On the other hand, information was not completely closed. Those in high positions shared company information only with people close to them. However, the others didn’t know much of what was going on.

In a company under such a situation, rumors run through, regardless of true or false.

Rumors are, just like telephone games, distorted bit by bit as they pass, and eventually, they will have become totally different from what it originally was.

It could be humorous in a comedy, but not in a company.

Misunderstandings cause suspicions and wrong behaviors.

Furthermore, if employees feel “some limited managers are doing as they want,” they will lose their loyalty toward their company, saying “they could do whatever they want, and so do we.”

Providing a fair system for all

At that time, I had two goals to achieve.

One is to “provide a fair environment.”

And the other is to “create an effective organization.”

What is a fair environment?

I defined this as an environment where everyone equally shares their information, has a right to claim themselves, and presents opinions without worries.

One big keyword was “open.”

Information shall be open up to the limit. I set a goal to disclose ‘all’ information in the company, ultimately.

Regarding “making the organization effective,” I thought we should at least solve the following two situations: reporting line was too redundant because of the complex hierarchy, and people were not sure of who should decide because of the absence of decision-makers.

To do this, I thought it is helpful to reduce the hierarchical layers or to make the organization ‘Flat.’

Things to do before making the company open

This way, the projects of making ISAO open and flat started.

However, there were still things to do in advance.

I’ll talk about that in the next article.

Continued to: Organization #2: Explaining “Why” Before the Change.