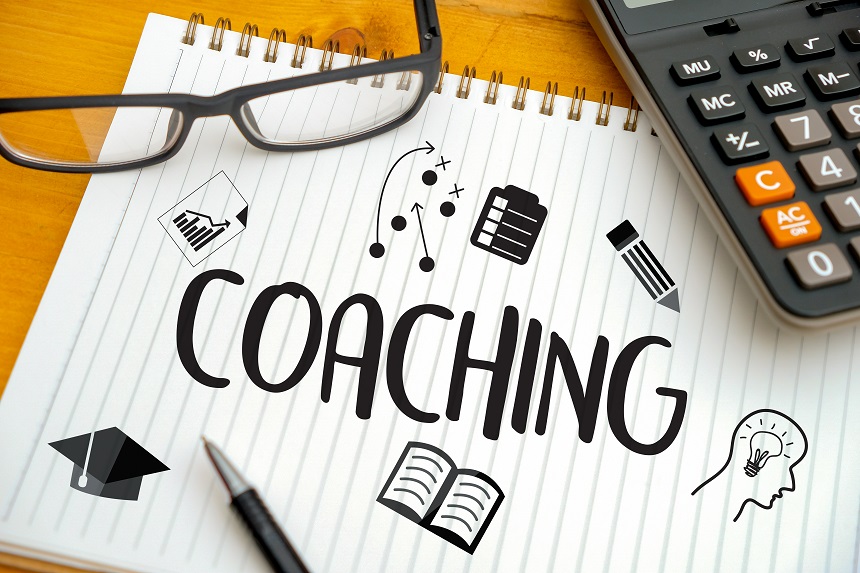 The Definition of Coaching

Coaching is defined as an action of a coach to draw ideas and thoughts from the target person (hereafter, a coachee) by repetition of asking questions instead of direct teaching.

It is true that with regard to the cases of members who are relatively less experienced, such as new graduates, coaching shall be conducted along with teaching, but this time I will focus on coaching.

I have once written about the coaching at ISAO in general, so this time, I will explain my own coaching style in detail.

At ISAO, designating a coach is at will of the members.
As for me, I have three members who designated me as their coach.

Originally, I do sales. Therefore, it is likely that I can convey, or teach, some technical ideas about sales or business.

While some members who chose me include engineers.

In that case, naturally, I cannot teach specialized concepts.

Then, how do I hold coaching with them?

Preparation in Advance of Coaching

The first thing a coach must do is to understand the member’s situations and desires.

In preparation, if possible, I have some hearing to understand how members around the coachee evaluate him/her.

Also, I will have some daily conversations to build up a relationship so we can talk friendly.

We will then have our first 1-on-1 meeting once we’re ready up to this point.

To begin the coaching process, I usually hold two meetings with a coachee.

I usually set one and a half to two hours for the first meeting, and an hour for the second.

We talk about “Fudamentals” on the first meeting, and “Skills” on the second.

The First 1-on-1 Meeting: Fundamentals

In this meeting, we talk about two topics.。

First is the basic competence as a businessperson.

The more of these a member has and the better a member can do, the less resources he/she will be spending on trivial judgement and more on higher decision making in work.

The framework to be used at this point is as below:

1.The coachee’s basic competence which he/she should acquire to reach the ideal picture of him/herself in 1 to 2 years.
Each item and its level (from 1 to 5).

2.With each item, figure out his/her present level.

3.Understand the difference between the present and ideal.

4.Define an action which he/she should consciously do and repeat everyday toward the ideal.

5.Reflect on actions everyday and make record by him/herself.
The other is about the working environment.

We will consider if the environment is a good one to grow in.

The framework to be used here is as below: 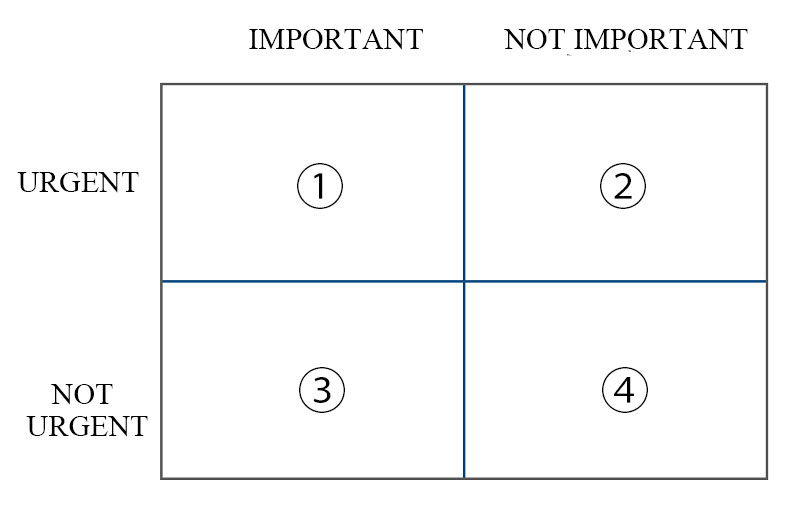 In these quadrants, we will think about how the coachee is spending resource into which quadrant currently, and how he/she should.

There should be a gap between the now and should, and we will think of concrete actions to fill the gap.

For example, a fresher who’s been busy with work but not feeling growing often have such distribution of resource. 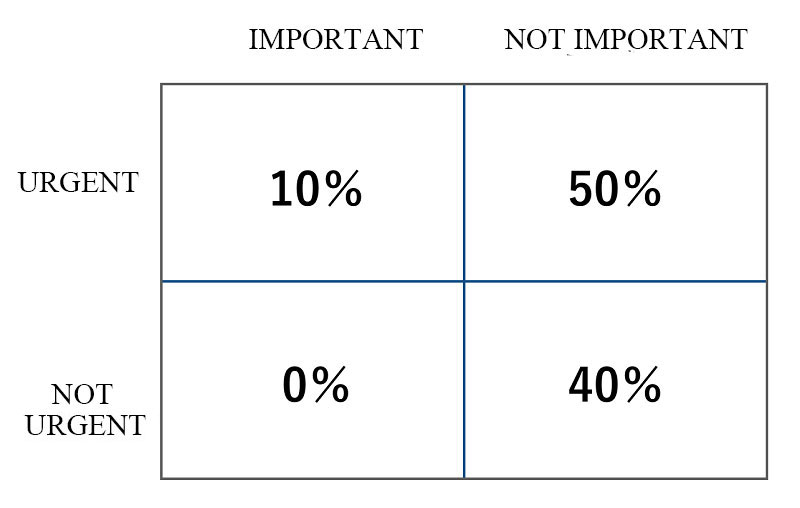 In this case, it is important for the member to shifting to spending as much resource as possible on ‘not urgent but important’ work by reducing the resource spent for doing not important work through stop doing it or improving efficiency.

Then, the most important role for a coach is to help solving the issues by helping the coordination with others. Also, if the work can be improved by such as introducing a tool, the coach should make the decision of if they should do it at what cost. 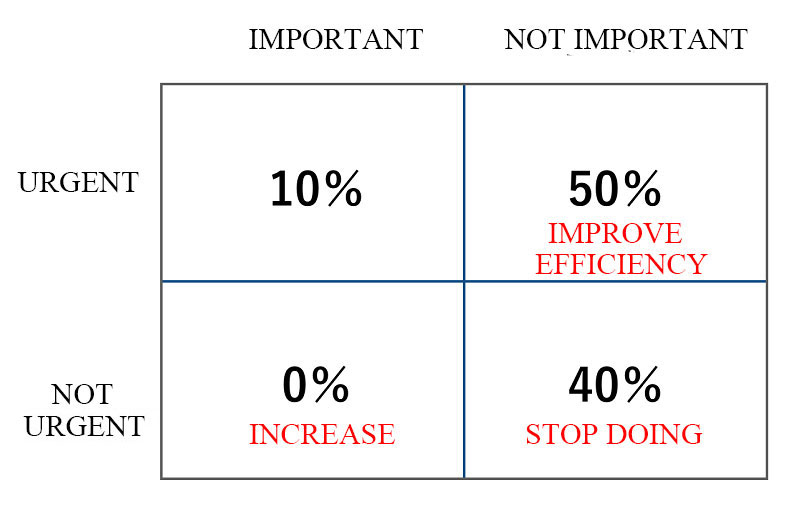 The Second 1-on-1 Meeting: Skills

In the second meeting, we talk about skills.

We use the same framework used in the first meeting to visualize the difference between now and should.

Especially, a coach often cannot give concrete advice when he/she is from a different field, and therefore, the “ideal self” is dependent on the coachee’s idea and imagination.

The coach will derive that “ideal picture of one’s self” through conversations and this is where a coach’s skill is asked.
One of the best strategies is to find a person whom the member wants to become, and to make a list of the skills that person has.

Regarding the Fundamentals, a coachee shall define an action to do everyday and make it a custom to reflect on the actions at least once a week.

Regarding the Skills, we have regular meetings and conduct fixed point observations.
It is rather important to have an opportunity on a tool where the coach and the member can have a talk anytime necessary, than having frequent meetings.

In ISAO, we make a Circle on Goalous only for the coach and the member and have a talk everyday during the coaching period.

The Heart of Coaching

So far, I have explained a lot, but the most important thing for a coach is to get along the member and to become a partner.
That is to let the member do in his/her way after defining a strategy to take.

A coach should not lead into what he/she wants the coachee to do, and hold the role of assistant with the heart to support.