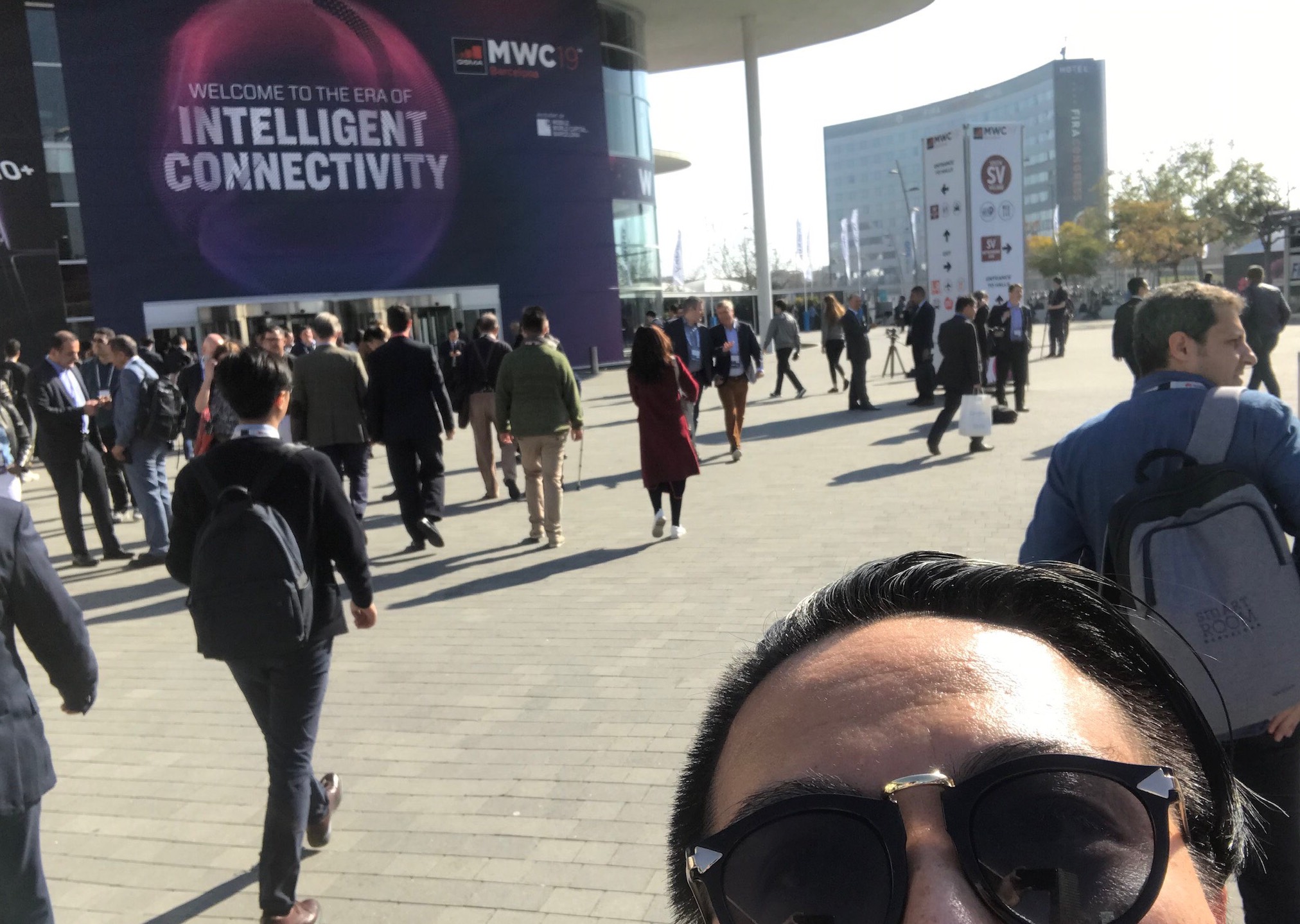 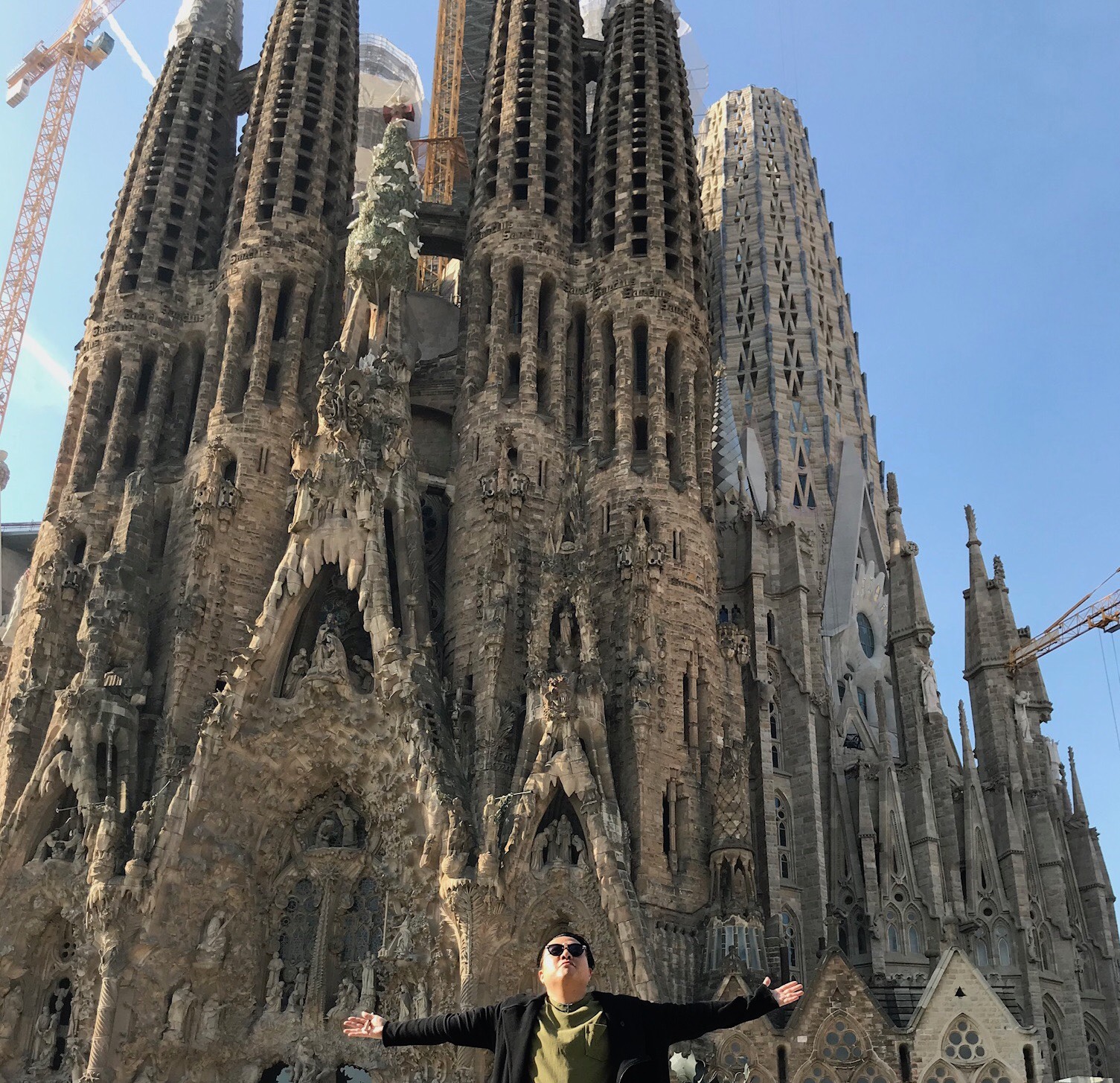 I had a chance to attend Mobile World Congress 2019 in Barcelona along with my colleagues Marti & Torii-san a couple of weeks ago so here’s what I thought about the event as well as a little taste of my experience there so check it out! 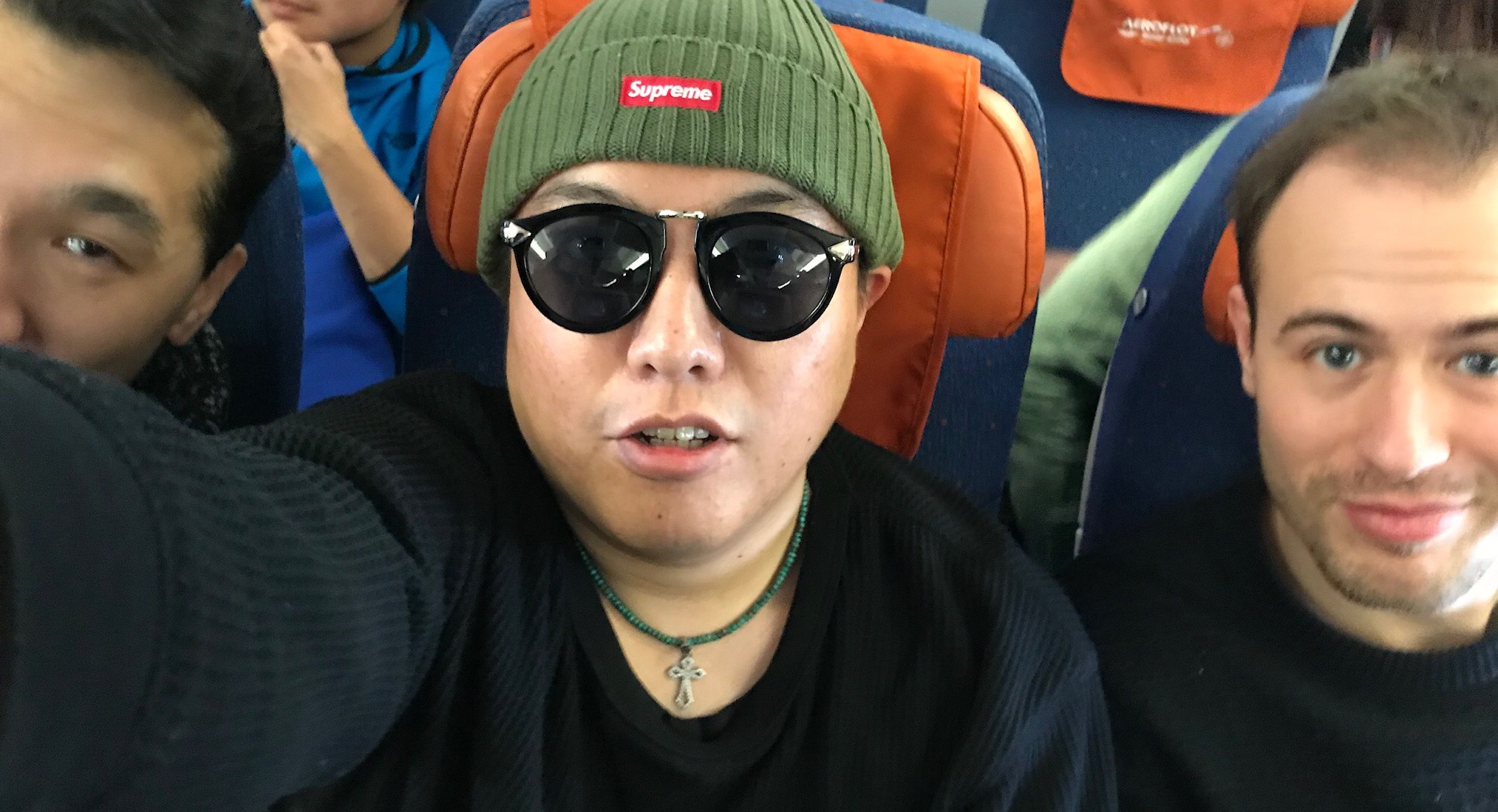 According to the good ole’ Wikipedia, The GSMA MWC series (formally known as Mobile World Congress) is the world’s largest exhibition for the mobile industry, and incorporates a thought-leadership conference featuring prominent executives representing global mobile operators, device manufacturers, technology providers, vendors, and content owners. Over 100,000 people within the related industry attend the events held annually starting-off with Barcelona in February, Shanghai in June, and Los Angeles in October.

So, all major releases such as smartphones, new mobile devices, new technology, etc. are announced at this event annually with all major media outlets and publications reporting live at the event.
And this year was the year of Huawei and Samsung with both mobile juggernauts releasing their foldable smartphones with Huawei’s Mate X and Samsung’s Galaxy Fold.

Microsoft also released their much anticipated Hololens 2 at this event. 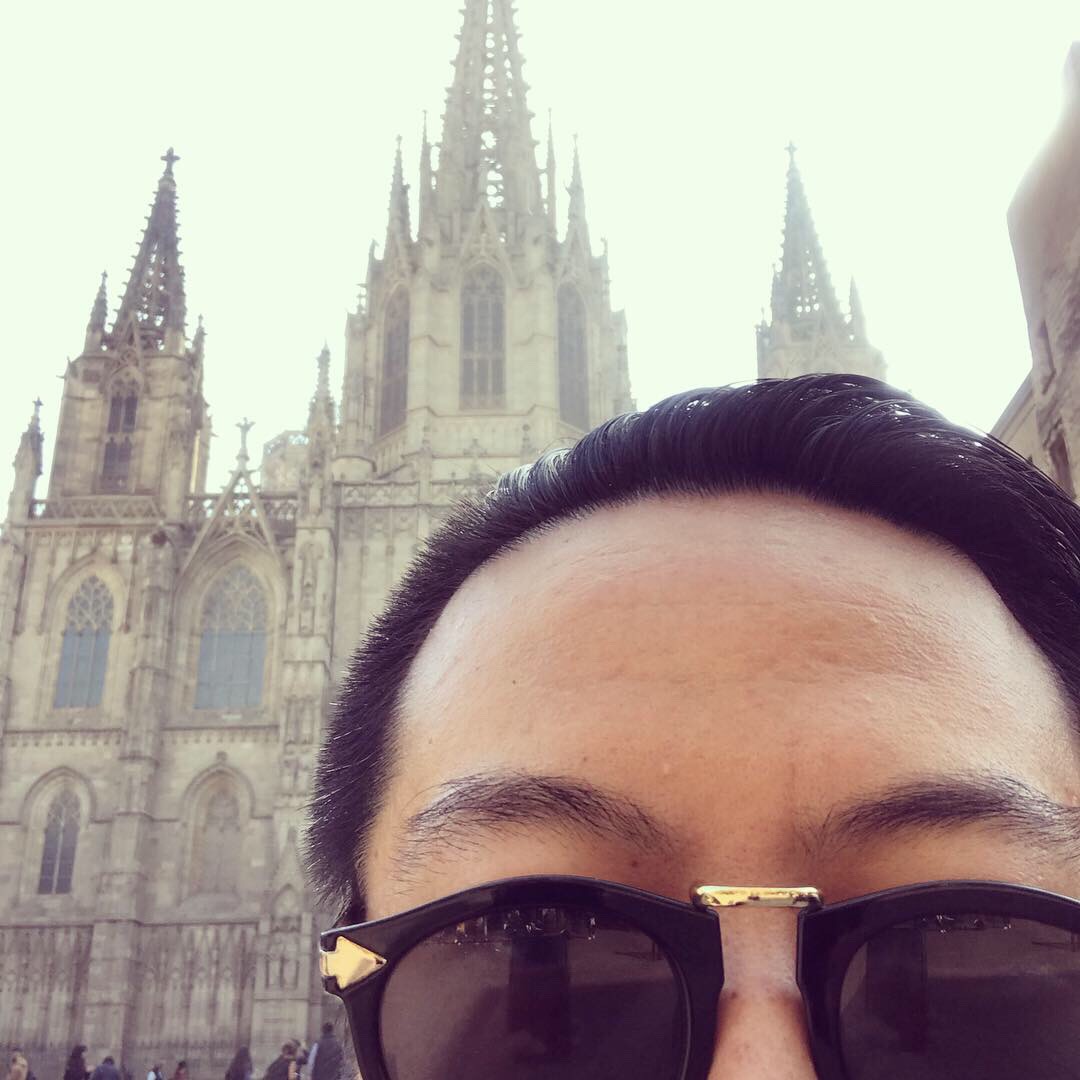 My first trip to Spain / Europe

Don’t let my outstanding good-looks fool you, I am actually Quarter-Spanish by blood on my mother’s side of the family as my grand-mother is Spanish. 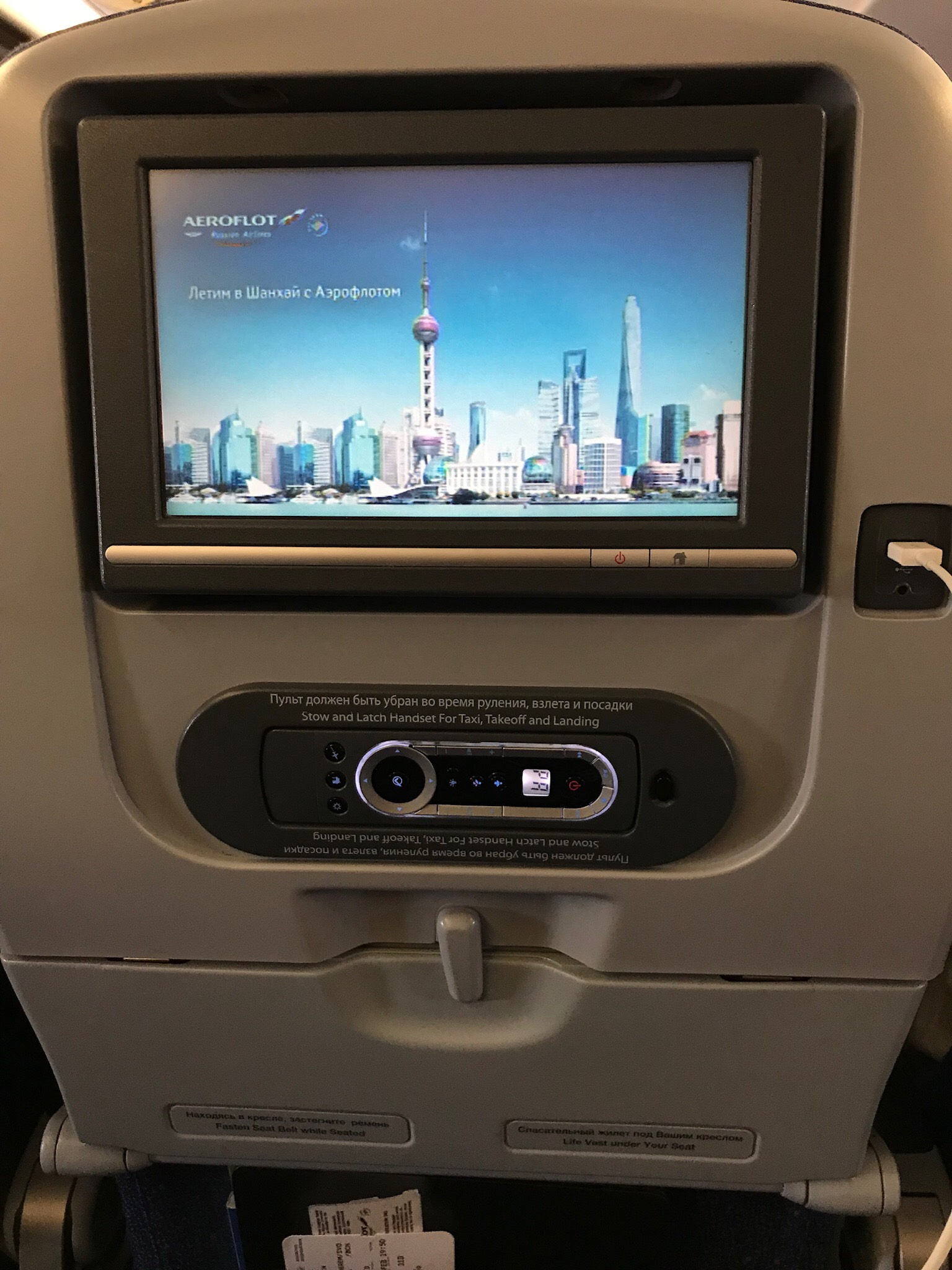 And the reason why we had a layover in Russia was because we booked our flights with Aeroflot Airlines which was also my first time riding Aeroflot.

Now, no disrespect to Aeroflot and Russia but I actually didn’t have high expectations as I’ve always heard mixed reviews but Aeroflot changed my mind and far exceeded my expectations!

I definitely recommend Aeroflot for those who’ve never flown with them before and I will most definitely be using their services again on my personal trips in the near future.

As far as Spain goes, what is there to say but AWESOME as I had no issues getting around as everyone spoke English and I tried to bust-out my very poor Spanish that I learned during my Jr. High years in Texas! LoL

Overall, I’m glad I finally had a chance to visit one of my genetic-heritage / homeland.

MWC is a spectacle

So the MWC is not just a ordinary event but a spectacle with more than 100,000 people from around the world attending and it truly shows from the point you leave the plane.

As soon as we got our bags and passed through customs after a grueling 15-hour flight not counting the 2-hour layover in Moscow, we immediately see the check-in counter to receive passes for MWC as well a local train pass for unlimited train transportation during the days the MWC is taking place.

I would assume this is how it’s operated in Shanghai and L.A. as well but you really get the sense of importance and standards that this conference stands for.

Kudos & much respect to the main organizers and sponsors for MWC!

Geez, the venue is HUGE

MWC is held every year at Fira Gran Via in Barcelona consisting of 8 massive buildings/halls separated and it is quite the walk just going from Hall 1 to Hall 8.

Trust me when I say that you need to wear some comfortable sneakers for this event or you’ll regret it later… I’m glad I wore my Ultra Boosts throughout the trip that’s for sure… My colleague who wore leather boots got several blisters within the first day!

So in all of the 8 halls, every major mobile companies you can think of except Apple has their massive booths set-up there and most recognizable one was Huawei, Samsung, as well as several of their respective telecom carriers.

It literally took our entire day just to get accustomed to all of the 8 halls and briefly check-out some of the booths. 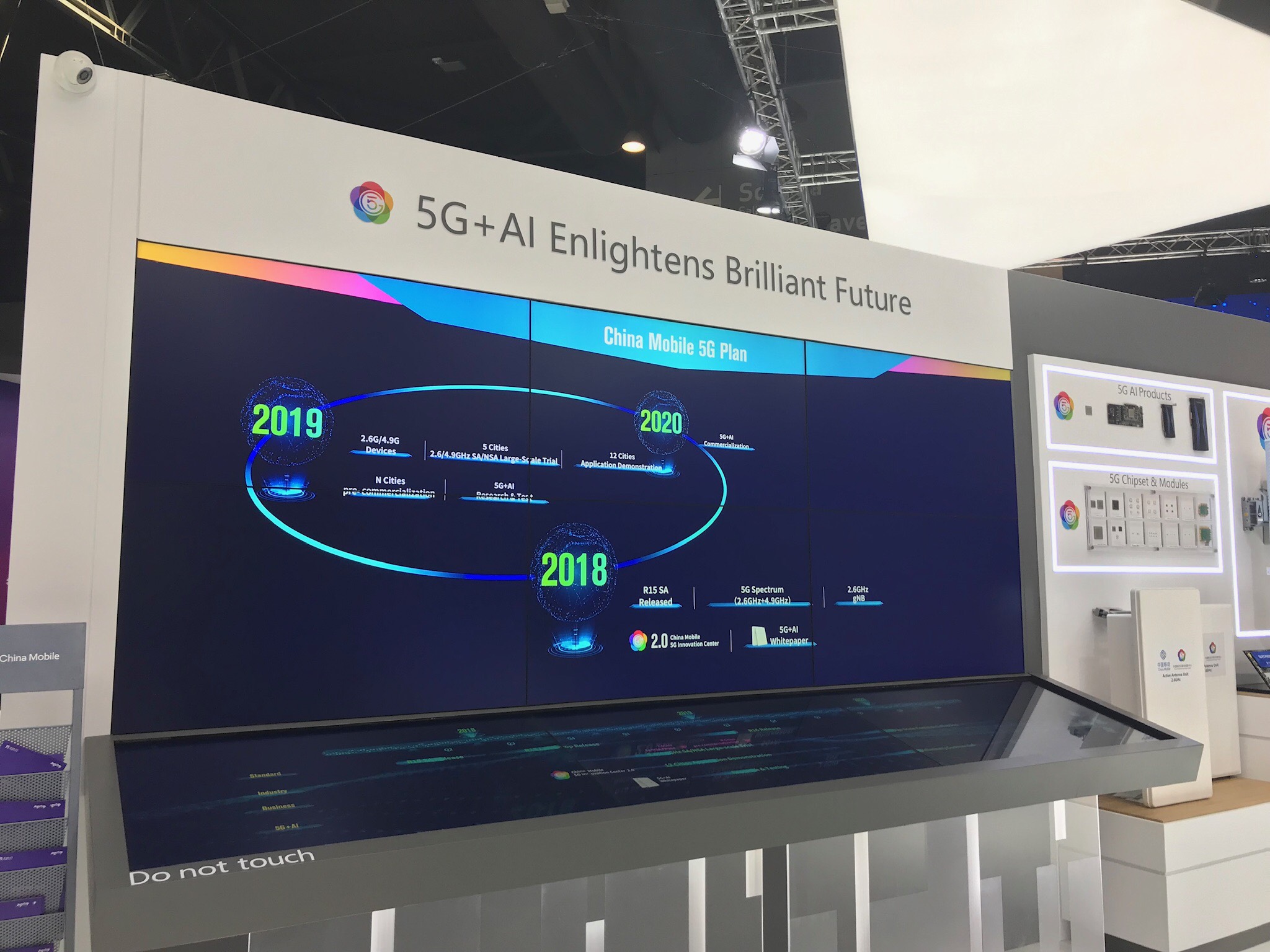 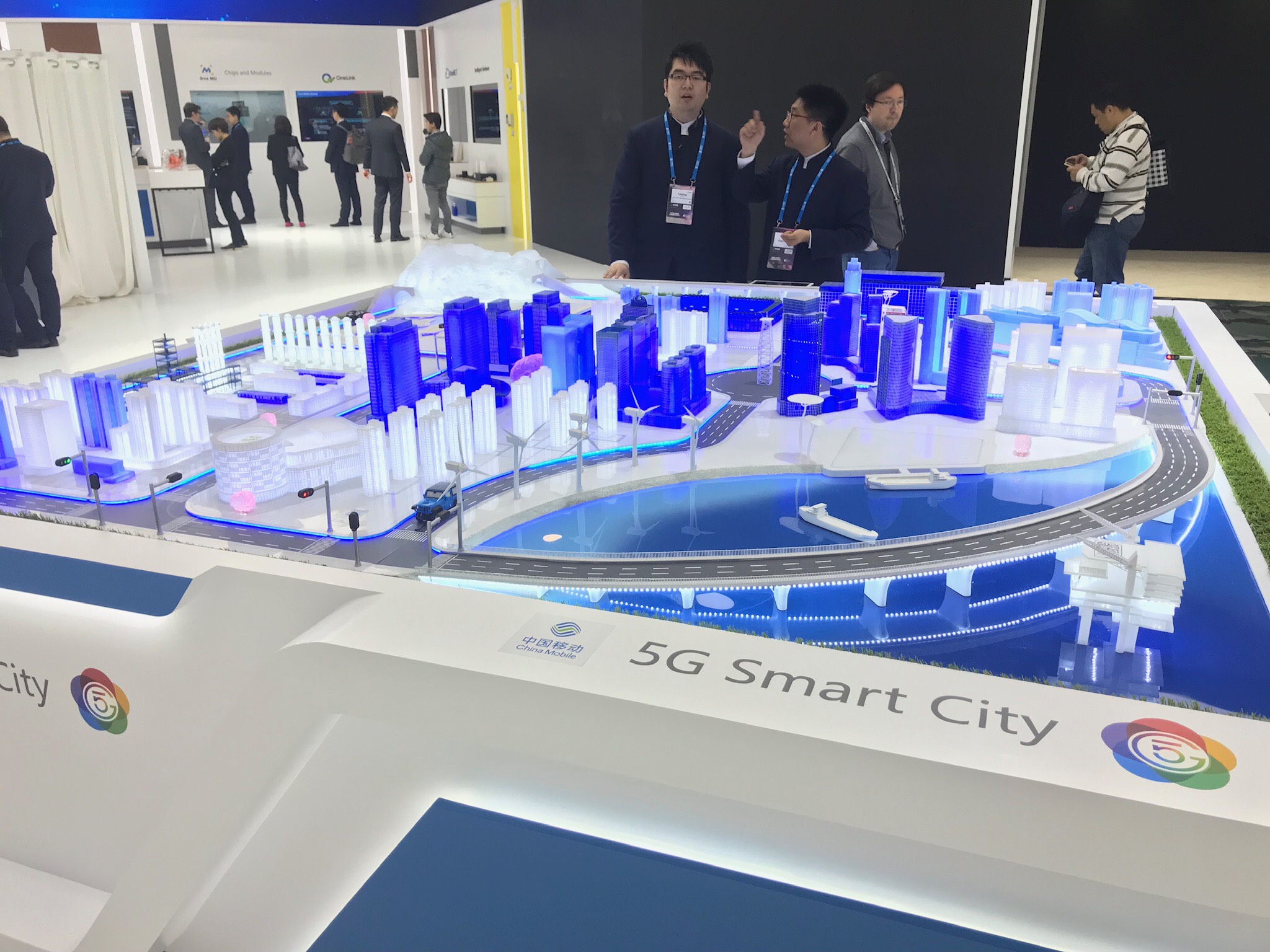 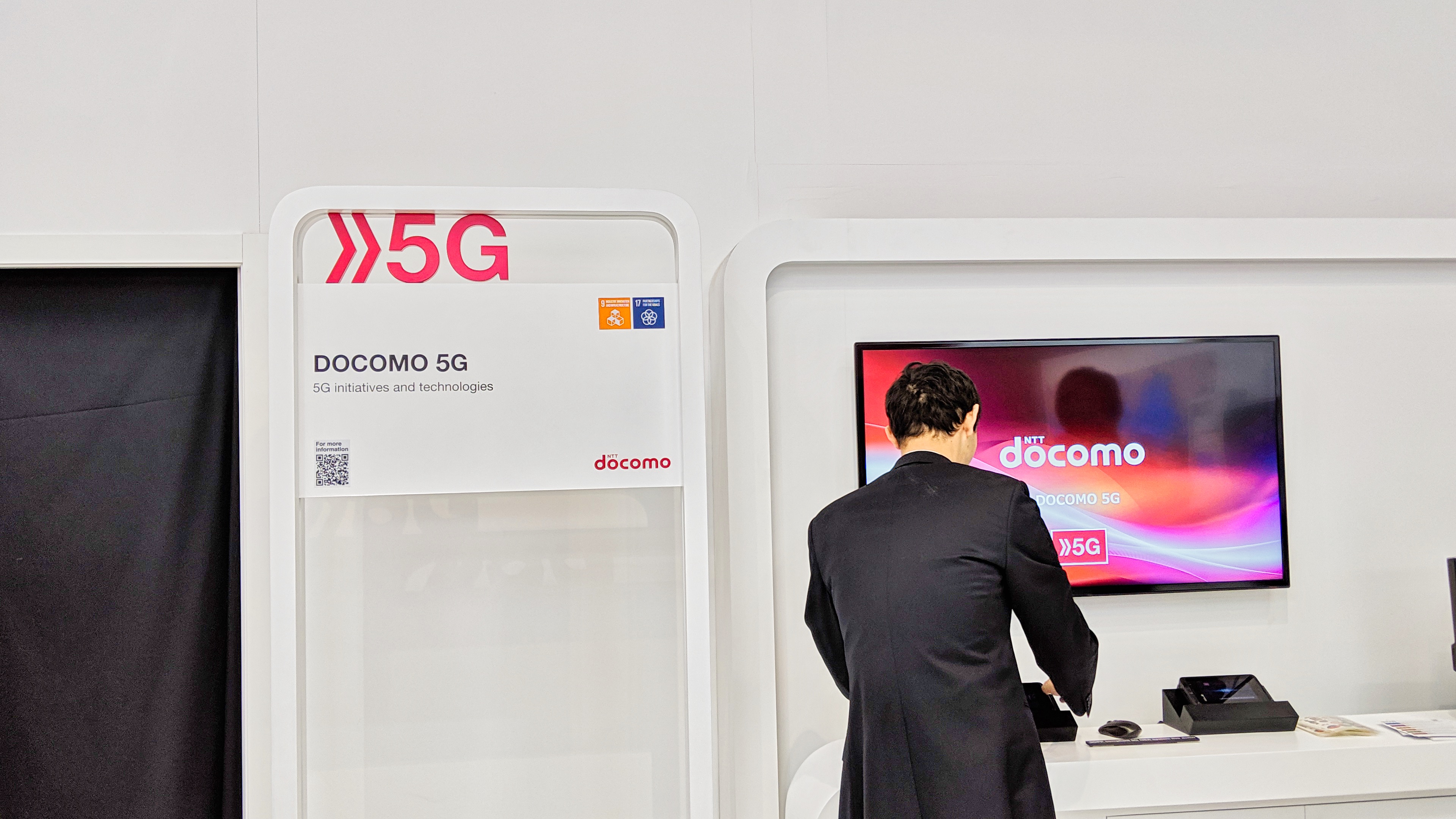 The 5G war has begun! LoL

Everything, and I mean everything was 5G.

Every booth had at least something mentioning 5G.

It was like watching all the major companies from around the world, jocking for 5G superiority. LoL

Whether its mobile devices to cloud solutions, auto-piloting cars, smart cities, etc. the whole point was to set the image of what 5G will provide within the next couple of years and beyond.

If people are afraid of automation and losing jobs, then you shouldn’t be excited for 5Gs thinking you’ll just get faster services for your smartphones.

We are talking about a major step to singularity.

And by that, we’re talking Terminator and Back 2 the Future stuff here! LoL

In any case, real eye-opener and humbling experience to see how far behind Japan and North America is on 5G compared to China and Korea.

If it ain’t 5G, it’s Blockchain

Next thing is Blockchain.

If it wasn’t about 5G or if it was about 5G, all major telecom carriers and service providers were pushing Blockchain as the best way to store all personal data.

And while I understand the logic and security that Blockchain can provide in terms of properly managing personal data, I was expecting something much for innovating from those companies in terms of better utilizing Blockchain. 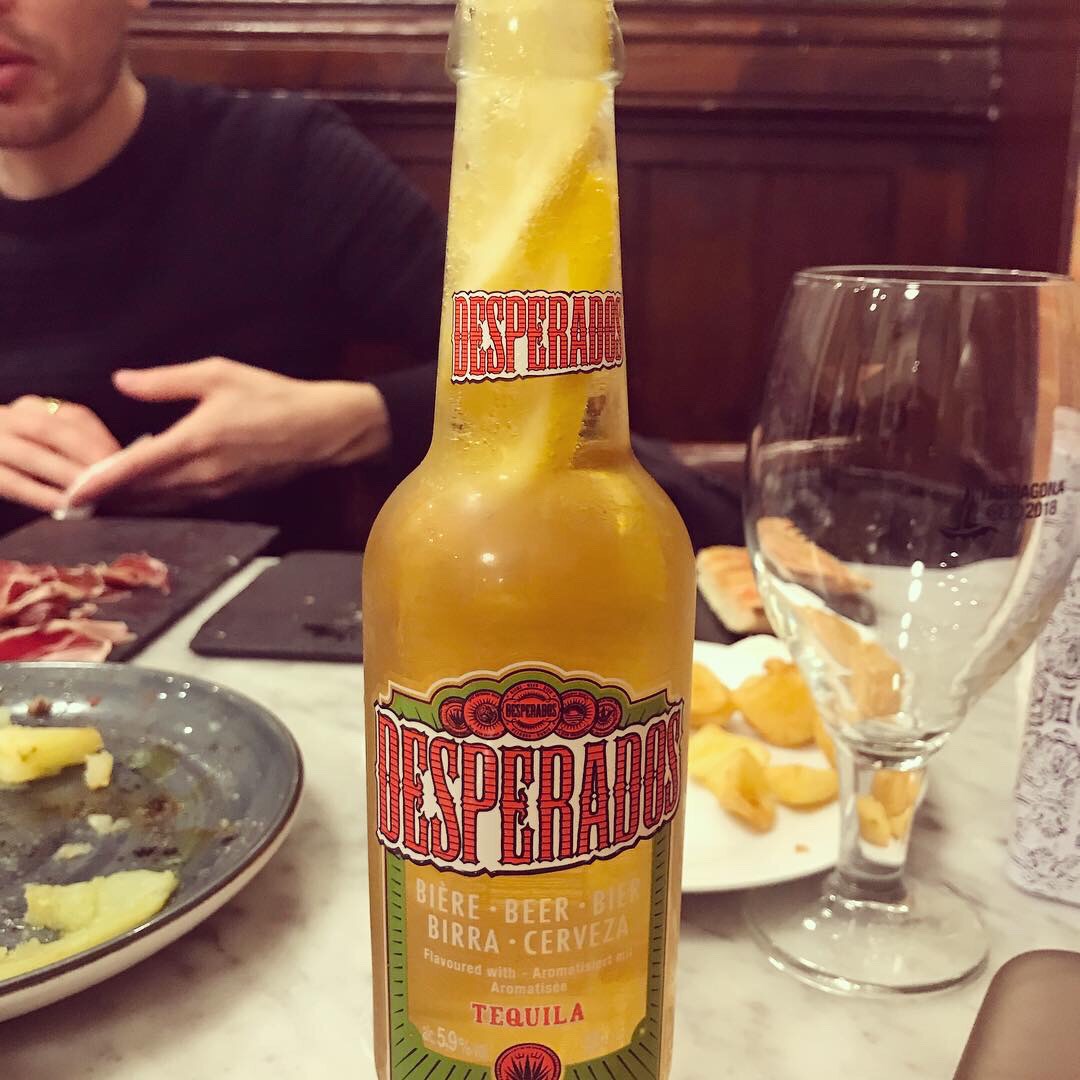 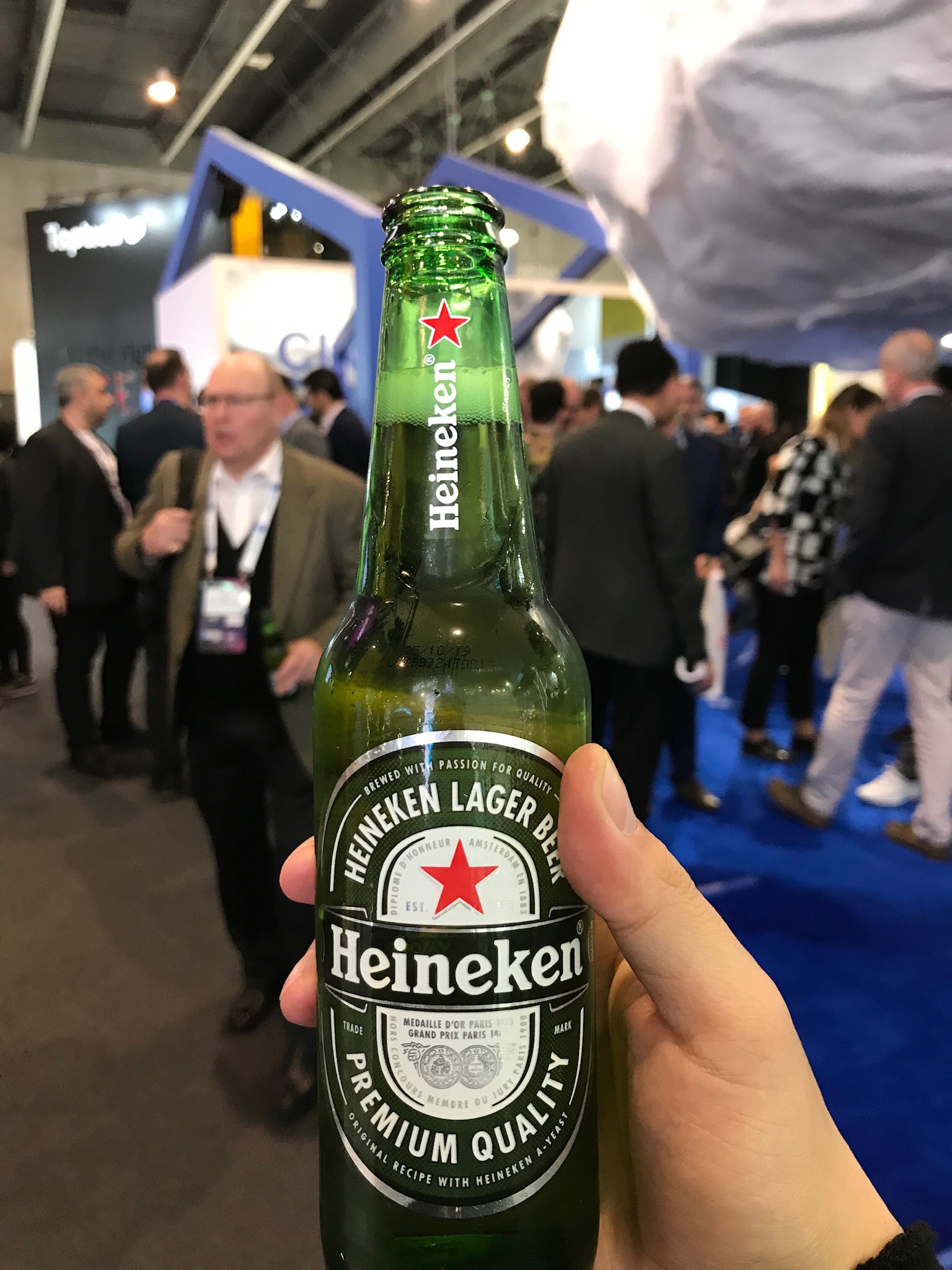 In between each halls, there are small shop/stores or restaurants and they all sell beer for the entire day.

I mean, if you didn’t have a proper breakfast, you can literally have a beer instead for breakfast! LoL

So what’s a sales guy supposed to do?

Of course, I had to grab me a nice cold bottle of beer from the start in the morning and throughout the day! LoL

And on the 3rd day of the event, many booths had Happy Hour serving many types of beer and champagne / sparkling wines for FREE!

Aside from the main conference in Fira Gran Via, there’s also a separate but another huge complex a bus ride away called 4YFN(4 Years From Now) which features many Start-up companies from many countries around the world

Several Japanese Start-up companies were their too featured in the JETRO section.

I love the concept here and I personally felt that 4YFN would be a good choice for ISAO in terms of engaging potential business as well as if we were ever to host a booth there.

Great atmosphere and everyone that were there were energetic too.

From a sales point of view, I didn’t see anything major in terms of SaaS / services that interested me per say but I think this is a good event to attend for anyone to see big launch of mobile devices / platforms / technologies for the current year & market as well as beyond that for the future!

With that said, I’m ready to go for another trip anytime!
So until next time, make sure you check out my blogs and my SNS accounts for the next trip!

See you on the next adventure!!!