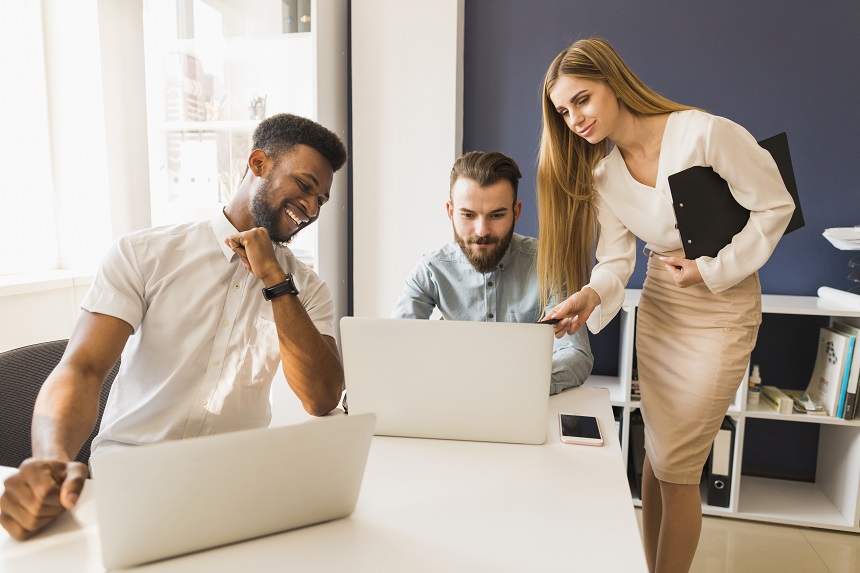 In ISAO, which is Super Flat, we have a “Coaching System.”

Since October 2015, when ISAO shifted from the traditional hierarchical organization to Super Flat Organization, there is no boss in the company.

In a typical company, a boss takes the roles of a supervisor and an adviser regarding individual career design, but ISAO does not have bosses anymore. Then we came to think that having a coach instead of a boss might be a good idea, and thus the ISAO coaching system started.

The Development of the Coaching System

In the early days of Super Flat Organization, partially because we had been keeping how the previous organization worked, the company designated a senior to be a coach for the juniors in the same project.

However, this still looked like the relationship between boss and subordinate.

The problem of chemistry between the two, which occurred in the traditional hierarchical relationship, was still not solved either.

In ISAO, where autonomy is considered to be important, the idea that “someone chooses someone’s coach” didn’t seem to fit the culture and in 2017, we change the system into “one chooses one’s coach”.

The Roles of a Coach

The role of a coach in ISAO is to be an adviser for the coachee’s career design.

Therefore, many choose their coaches from those doing different kind of work.

An engineer may choose a salesperson as a coach, and vice versa.

Also, they don’t necessarily choose someone who is more experienced, or older, as their coach.

Because they’re a consultant, in some cases, younger ones are chosen as a coach for older ones.

For example, an interesting case we have is one with an engineer in his 50s having a salesperson coach in 30s.

A coach is not a boss, and therefore, there is no hierarchy between them.

How to Choose a Coach at ISAO

In ISAO, how do people choose their coaches?

Since the most important thing is to “develop one’s career”, the first criterion is to choose someone whom you can discuss that issue with.

Then, the chemistry comes next.
Everyone has his own ideas and tastes.

Someone might be a good coach for someone but may not be for another.

Getting a coaching from one you have good chemistry with is greatly important.

The last one is the desirable strictness.

ISAO has a grading system and you raise your salary by raising your grade. In the idea, raise in grade means raise in salary, which means development in career.

The recommendation of raise is made by a coach along with other evaluators’ opinions and others may disagree with the coach when his/her evaluation is considered to be too lenient.

Therefore, if the coach isn’t strict and trying hard for the coachee’s growth, the daily conversations might become enjoyable, but it might not result in career advancement.

ISAO has a brief guideline for coaching, but the actual style is up to the individuals.

Therefore, every coach has his/her own approach.

The details of the coaching are shared on Goalous by many coaches, so everyone can learn from the others how they are doing and thinking about coaching.

The members can also use it in choosing their coach.

Besides, they can change their coaches anytime, so you can choose the best coach according to your career development.

We also have a system called “Courage Lunch” that company gives aid for the colleagues having lunch together and this is for coaches and coachees having dinner together.

The purpose of the system is to get away from the office and talk over some alcohol so that they make more casual and deeper communication.

It often becomes an opportunity to talk about the past and private lives and people enjoy learning about the new sides of each others’ they didn’t know.

About my personal Coaching methodologies, I’m going to talk about it next time.